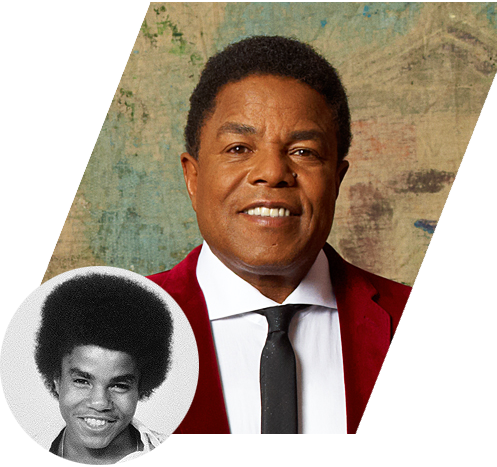 Tito Jackson was born on October 15, 1953 in Gary, Indiana and is the third child born in the Jackson family. Performing as a guitarist for the Jackson Five he used his ‘low’ voice to balance out the high pitches of the other brothers.

Often given credit for the start of the Jackson Five, Tito says he inherited his talent from his father, Joseph who led the blues band ‘The Falcons’. Joseph Jackson one day discovered a broken string on his guitar and figured out that eight-year-old, Tito had been playing it daily. He asked Tito to play the guitar for him, and was impressed by his talents, as well as the vocals of his sons Jackie and Jermaine. Joseph began to envision a singing group for his sons, and by 1967, the lineup became known as The Jackson Five.

In addition to working with sisters Janet, Rebbie, and La Toya, Tito has worked with talented musicians, singers, and producers, such as the preeminent production team of Gamble & Huff, LA Reid & Baby Face, and the versatile Howard Hewitt. In 2010, Tito completed Season One as Executive Producer of the reality show, The Jacksons: A Family Dynasty on the A&E Network.

In 2016, Tito joined his brothers and sisters and scored his first solo hit on the Billboard charts with the single “Get It Baby”, becoming the ninth and final Jackson family sibling to place a solo single on the charts, followed by the release of more singles and his solo debut album titled “Tito Time“.