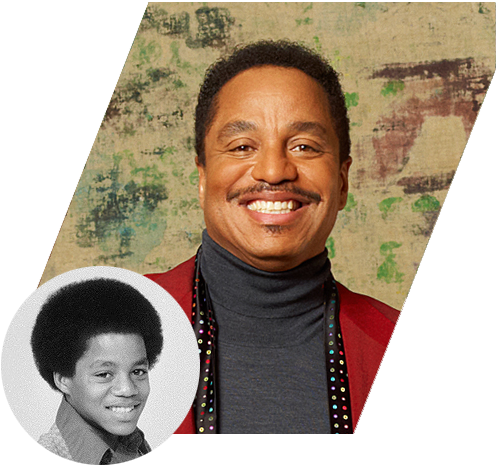 Marlon was born March 12, 1957 in Gary, Indiana and is the sixth eldest child of the Jackson family. Initially joining the Jackson Five as a percussionist, Marlon became complimentary dancer to Michael and lead vocalist during the Motown years, as well as heartthrob to many female fans during the 80’s.

On the heels of writing the iconic 80’s song, “Body” with The Jacksons, he released one solo album in 1987 called “Baby Tonight.” His single “Don’t Go” climbed to second place in the US Top R& B charts.

By the 1990s, Marlon began to pursue multiple business ventures. He founded the Major Broadcasting Cable (MBC) Network in 1999, in Atlanta with Alvin James, which was the first minority-owned and operated cable network. Marlon and his business partners brought the network to more than 15 million homes in a three-year span. In 2004, the network became known as the Black Family Channel and was sold in 2007.

In 2008, Marlon and two business partners founded The Motherland Group, LLC. The Motherland Group, LLC is the first African-American owned company to bring awareness and recognition to the ancient city of Badagry, located forty miles Northwest of Lagos, Nigeria. As President and CEO, Marlon drives the vision “to develop a historical resort for travel, education, and tourism,” unparalleled in the tourism industry today. Continuing his philanthropic and humanitarian efforts, Marlon and wife, Carol, established the Direct Community Assistance Program in 1990. As part of this mandate, his family prepares and distributes meals to the homeless in San Diego’s downtown district on a weekly basis.